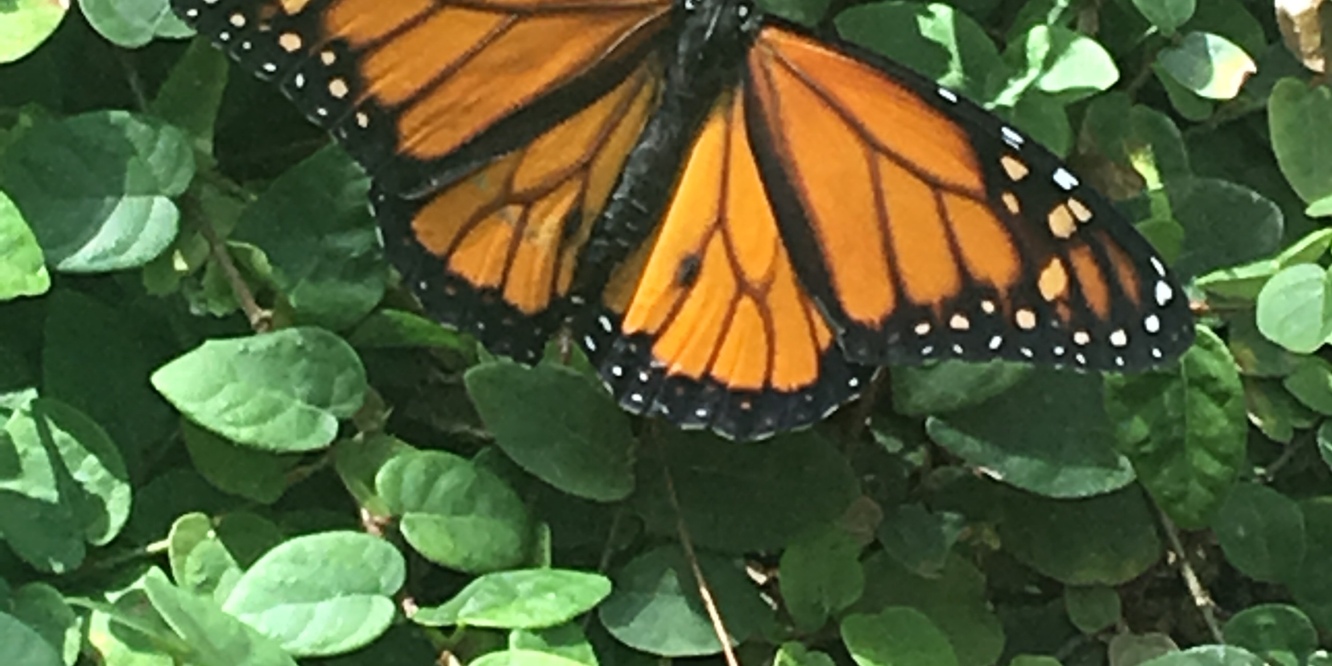 When I had just fallen over the edge of 15, a therapist with a mustache to rival The Kentucky Colonel sat me down in his office and diagnosed me with ADHD and unspecified depressive disorder.

Soon I’d learn my extreme forgetfulness, disorganization, difficulty concentrating, chewing and biting on my fingernails, writing all over my skin, the near pain I felt at having to sit in class for longer than a few minutes, anxiety, sadness, even some more extreme behaviors… these was my brain sending me misfired messages, symptoms.

No words can ever fully capture the heaviness of what it felt like. Even now, the only way I can describe it is a constant feeling of being unfinished.

I struggled so completely with finishing that when I got my relative crap together and began figuring out methods to circumvent the disconnected and frayed wires in my head I became obsessed on the other end. In fact, I became so obsessed with getting the job done I anxiously wring my hands about getting started, convinced I could never complete the task at all. Procrastination because my crutch. Deep-seated fears of returning to that state where my brain felt like the motor was running too fast felt like the worst thing that could ever happen. I lived in this state for years. And while the work got done, it wasn’t always the best or the most relevant. And I was so obsessed with achievement because I had underachieved and been given the message I was stupid that I was scared to be a disappointment again.

School was always hard for me. I can parse and write with the best of them. But I can’t focus on one thing for very long. Long classes and lectures are a special torture I struggled deeply with. If a professor wasn’t engaging, I often took furious notes to the point of getting motion issues in my writing hand. Switching frequently between tasks (it means having a lot of tracking systems in place) makes group projects the bane of my existence. And when the ghosts of depression come creeping up in, I am very good at keeping them at bay so it’s just teetering on the edge. But I would be sitting in my chair during a lecture while simultaneously being haunted by intrusive thoughts that cause me to lose focus. While I have usually been able to push back at this struggle to make do and push through, at my worst inside and at home I exist in a constant state of coming undone. It’s what one therapist called “high functioning depression and anxiety”.

In my late twenties in one of my last semesters of graduate school, far too old to pull all-nighters (that particular ability ends on your 22nd birthday, sweartogod), I found myself in the library around 3am sitting with other students all of us on the verge of tears because our optimistic and blind youth had peaced out at least 3-4 years ago. I realized how miserable I was. At this point I had a baby at home, I was working in an intensive internship. But I HATED the way I felt all the time. I wasn’t suicidal, but I wondered a lot about my own self-worth, and I lived in a state of unrelenting imposter syndrome. I was also sick very frequently, I was fearful and tired all the time. I had night terrors most nights. Every single one of my relationships was suffering. And I didn’t have time to fix it. So I fought on till the end, and I came out of grad school sick and emotionally drained. I was horribly unhealthy in mind, body, and spirit. And it was lucky that it took six months of job searching to find a good fit so I could rebuild and figure some of this out. I’m still living with the repercussions of that time. I am dealing with some chronic illness and some very real trauma from other experiences, that, although they were not my fault I was totally ill-equipped to deal with because I had nothing left.

I have always lived with my brain in a state of hyper activity. It doesn’t always look like what people think stereotypical ADHD looks like. Physical symptoms like being unable to sit still, nail biting, pen clicking, doodling, restless legs sure. But it will also be that I’ll sit down to focus on one thing for 15 minutes and an hour later I’ll come up for air not remembering where I am. I’ll walk into a room not remembering what I need to do four times in a row. I struggle to sleep because I can’t turn my brain off without noise. I’ll lose track of a conversation right in the middle because I can’t focus and have to ask someone to repeat things several times over. I can’t remember anything that isn’t written down. When I do focus I will get in so deep that if you talk to me I will sound dismissive and short because I can’t get out of what I’m doing. I’ve invested a lot of time and money with Cognitive Behavioral Therapy, medication, and instituting various organizational practices over the years to make a world not built for me work for me.

One of the very worst parts of it is that I rarely catch it early enough. It’s when it all comes to pieces. When being unfinished turns to a total undoing. I’ve pushed so hard and used up all my energy and not slept so I get a migraine. Or I totally lose focus and get behind in my whole life everywhere and lose my keys or my cell phone, or a really important paper. Or I am so exhausted with trying to calm my brain that all I can do is focus on Netflix or the internet.

And it’s still imperfect, I still struggle some days more greatly than others. Our culture is built on an obsession with achievement, and social media makes it worse because we only really share the best of ourselves. Neurodiversity is a concept BARELY in the mouths of most of us. So we continue treat everything outside the bounds of what we see as normal and acceptable activity as a symptom. We treat people as only illnesses instead of as gifts that lend to different perspectives.

My ADHD makes me a really good multi-tasker. I can do four things at once because switching between them keeps my brain busy. I am good at assessment because I CAN pay attention to body language, and energy, and cadence, and words together. My brain embraces this kind of stimulation. I am also good at planning because I hold so many things at once. I thrive on that, and while it may take me a minute to put the pieces together when things are in chaos I remain calm on the outside while I sort through to establish a plan and next steps. I am especially good when it comes down to the wire.

But these things aren’t always seen that way. Not always good. Especially, especially in education.

I’m not saying I should let the things that I experience run wild with no therapy or intervention or work. Because I NEED that therapy. It’s what allows me to thrive instead of falling apart. It’s what helps me turn the ghosts into fragile glass and shatter them to pieces. But the world still wants me to be able to focus on one thing at a time. It still operates under the assumptions that people whose brains work differently are wrong. Behaviors like doodling or pen clicking, or getting up and walking are rude ones. Someone who squeezes a stress ball through a meeting, or brings coloring pages, or who asks for accommodations or information in a different way is a problem, a distraction, a symptom.

I am constantly unfinished. I always think there are parts of myself that need work or a tune-up. I will always struggle with this. It’s the way my brain is wired. I know that sometimes my behaviors; procrastination, shortness with someone, distracted conversation, are problematic. But I wonder what things would look like if we changed our understandings and our systems to include people who have these different ways of working. If we changed our approaches to accommodate rather than insist on conformation. I don’t have all the answers or a perfect vision for what that would look like. But I wonder about it anyway.