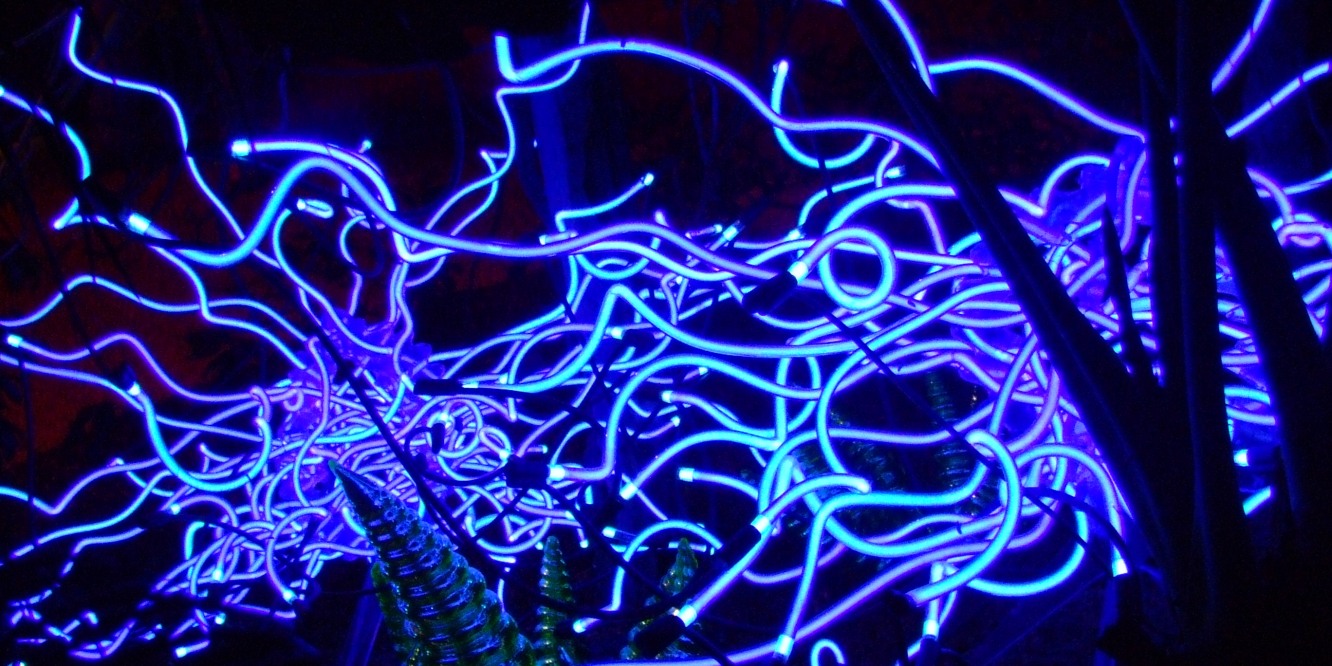 I’m not very good at waiting.

When I want something it burns and itches and scratches on my mind: an infection on my psyche.

I have to give in, be distracted by something else, or ride it out. A wave crashing against the shores of my head, I pray that eventually I will come up for air. Sometimes I drown; I let everything else fall to the wayside and become hyper-obsessed with possessing, doing, or being whatever it is. I get all-consumed by controlling this one variable and stop breathing life into anything else. When I’ve finally satisfied the itch and cooled the burn, I move on. It is often a battle with myself to finish the things I start after that fire goes out. I frantically blow on the coals trying to light it again, sometimes I’m successful, other times I become so exhausted I collapse in on myself. You should see the drafts of half-finished blog posts sitting in my cue and unfinished poems on my hard-drive.

In all the times I have heard the stories of Advent and Christmas I never really got Mary, the mother of Jesus, until now when we share the same condition: an unexpected life growing in the deep and dark of our bodies.

I’m not actually anything like Mary. I certainly didn’t just accept this predicament going gently into the night. I fought it, hell, I’m still fighting it with bare knuckles and flashing storms of fury. I’ve done a lot of teeth gnashing and feeling sorry for myself. Like Mary, this isn’t what I originally saw for my life. Like Mary, the whole path I had comfortably laid out was completely swept away in an earthquake ripping down Main Street. Luckily, I am married and un-wed pregnancy does not carry the same stigma in this society as in hers (though there is still a needle there, a bee sting swollen in the throat of culture). My partner was immediately supportive and gentle and promised me it would be okay. I am definitely not burdened with carrying the life of God and having to travel on the back of a donkey and I am definitely not facing a stupendously unclean place to give birth. I am spoiled with modernity and good medical care and lots of people who are much wiser than me to lean on.
But I have to wait. I’ve already said I’m not very good at waiting. So here I am writing about this period of waiting that is needling at me to get the story out of my bones and put it somewhere else so it isn’t gnawing and festering and itching. It’s a long story so it will take more than one moment, one sit down, one late-night bout insomnia. So here is part of it:

In the appalling heat of late August, I had that off-feeling. I’d been desperately avoiding the possibility refusing to believe it could be happening. I drove the one minute to Target, though I easily could have walked, and entered the holy mecca of I-only-need-one-thing-but-I-can’t-seem-to-leave-without-spending-fifty-bucks. This time I actually bought only one thing, a Pepto pink box that was horridly joyful looking. I picked one with three tests, because I knew I’d need some reassurance. I read the instructions carefully ten minutes later and sitting on the seat of my toilet, watched one line, and then two lines turn bracingly-haltingly-vomitously pink. I wrapped the thing up in tissues and buried it at the bottom of the bathroom wastebasket. Early the next morning I repeated the second one in the box, and then the third. Twenty minutes later I was back in Target, and behind the milk and carefully tucked in under a bag of pizza roles in my cart were three more boxes.

This time I took one every time I stopped in the bathroom. The results came faster. A pink line, a blue-line, a plus sign, and finally the word very clearly pronounced in neat print across the tiny screen. I searched desperately in that last one for the “not” that was supposed to be there. I held it up to the light, I scratched at the screen. I even took one of the cheaper ones apart, clawing at it’s plastic cage, certain there was something wrong with it.

The seven yes’s now sit (with caps on, and thoroughly wiped down on the outside) in a sandwich bag in my underwear drawer. I’m guessing this is a strange thing to hold onto, especially since their very presence indicated my panic, not my joy. I remember holding them in my hand that evening, splaying them like a deck of cards in front of my partner, clearing my throat and making some off-color joke that fell flat between us while we stared into the abyss of unknown.

I e-mailed my doctor that week in one last futile attempt at denial. I was grateful that she gauged my desires for this situation before offering her congratulations, instead asking how I felt about it. I told her the truth: I felt stupid. I knew how to prevent this from happening and I didn’t think it was a true possibility. I was twenty-five, In-Charge. Of course we had talked about this possibility in the future but that was not now. I was too young, had too much to do, half-way through a rigorous two degree grad program. I lived in a third floor one-bedroom apartment with a furry cat and a furry man and we were satiated. I stood firmly on the ideal that condoms are cheaper than diapers particularly as I am living in a community obsessed with the nuclear family and by a boom-boom-boom style of dating-marriage-kids young and fast. I didn’t want to be a young parent and I really really liked beer and hockey fights and sleeping in on Saturdays. I liked handing kids back to their parents at the end of the day and going home and sitting on my couch and watching Dance Moms.

I’d googled the heck out of what I was supposed to be doing and the results were overwhelmingly either totally scared teenagers or women who spewed so many unfamiliar concepts and cries of joy I couldn’t breathe. I only started reading the posts of teenagers because I felt more in line with their fear and un-readiness and loss of childhood.

I made my husband tell my parents because the words still caught in gurgles of disbelief in my throat.

A few weeks later I’d choked down a huge vitamin and followed it with some cinnamon toast and sucked down a juice box before the first day of Sunday School half-way through September at my husband’s church. Only my parents knew of the situation other than us and I’d been lucky so far. Nothing bothersome had happened other than a deep ache of fatigue that had me napping between classes and in bed by 7pm.

About half-way through the hour, two-feet deep into the Discovery series “The Bible” which was being viewed and discussed, I felt heat creeping in. It welled up in my feet and I kicked off my shoes, but it rose quickly into my head and I was dizzy. I took a sip of juice hoping to calm the storm but I knew it was coming. I stood, crammed my feet in my shoes fully aware you could hear every faint noise and the flush of the toilet in the bathroom directly next to the group. I needed out fast. I hoped I could make it to the trash can in my car, or at least the bushes outside.

Partway in a desperate fast-walk toward the door I knew I wouldn’t make it. I lunged for the industrial-sized garbage can. It was too late. Up came the cinnamon-toast and the juice and the nothing that sat in my stomach. It was violent and heavy thunder all over my hands and the floor. I tried desperately to hold the rest in for a moment to escape but I only barely made it to the garbage can.

His Sunday School class, overwhelmingly elderly, thankfully left me alone. A woman cleared her throat loudly over my heaves and gasps. I finally made a break between moments to the bathroom where I spent ten minutes completely out of control, trying to still my stomach and mask the sobs of embarrassment.

I called my Dad from the backseat of my car, where the windows were tinted and I felt I could convincingly hide. I felt guilty ripping him from his own Sunday School class across town, but I couldn’t go back. My hands and my abdomen shook too much to drive, and I was dizzy with dehydration and embarrassment. I was too scared the heat would come back and rip through me again. I had nothing left to give to it, just dry and wretched heaves.

I spent the next two days holding my aching ribs, which would continue to ache for the next several weeks without relief, repeating multiple times the events of that morning but this time in the groaning graffiti-checkered public bathrooms of my university, out the door of my car when I’d pull off to the side of the road, over and over in my apartment bathroom. I got better at noticing the signs, and made road-maps to bathrooms in my head. I kept plastic bags jammed in my backpack. Morning sickness is what the weatherman refers to as flash floods, not anything like the growing discomfort of food poisoning or flu. Smells triggered it, not eating enough triggered it, eating too little triggered it, nothing triggered it. It was a lightening bolt of something I had no control over.

Now I tell the story of that first vomit like a right of passage with a giggle and a snort of unbelief. It’s frankly an absurd situation and I always preempt its telling with a disclaimer that it’s okay to laugh. It was the purely ridiculous moment the veil of denial was unceremoniously lifted and splayed out on the church carpet: my poor husband trying to convince his little old flock during the visiting hour after the service that I was only ill as they peppered him with questions, the woman clearing her throat over my gagging, and the pastor’s wife (me) choking out apologies as she stumbles to her car, red-faced and heaving and half-sobbing all the way.

After that morning I couldn’t hide behind silent prayers of false positives and hopeful disbelief. I had to give into the chaos and the broiling ocean of this thing and admit my lack of control, my inability to will the situation away and face the equally grim and wonderful consequences. It wasn’t beautiful or miraculous or anything else they refer to in all that pregnancy lingo. It was insanity, and liveliness, and un-mistakeably powerfully new. I had something inside of me that was so illogical and unreal I was dazed by its trail of stars. People always refer to pregnancy as a “natural and beautiful thing.” The truth is, it’s the opposite of natural. Powerful, yes, but I do not feel anything remotely natural to my state of equilibrium. If anything, I feel totally unnatural and unbalanced. This whole process is the very definition of weird and much closer to supernatural. The very fact that bodies can do this is complete and utter nonsense.

He’s coming in mid-April. Scheduled for Easter Sunday. Have I mentioned I’m not very good at waiting?